Home Health Facts About Microwave Ovens That Will Make You Never Want To Use... 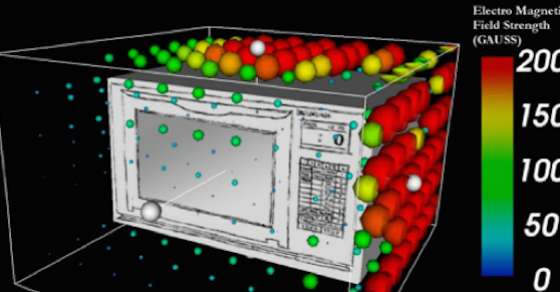 Maybe you’re so used to the convenience of microwave ovens you don’t care about the trade-off: Higher risk of cancer and the long term effects of malnutrition.
What if I told you there’s been mounting science based evidence, strong evidence, that it’s time to ditch all use of microwave ovens. Would you think the suggestion absurd or stop cold turkey and suffer from convenience withdrawal?

The fact that modern mainstream medicine can’t fathom a connection with microwaved foods to cancer is explained simply: Orthodox medicine thinks nutrition and diet have nothing to do with disease. It’s focused on germs and genes. Check out hospital food as a partial confirmation of this philosophy.

Most mainstream MDs may agree that direct contact with microwave radiation causes health problems. But they can’t make the cancer causing connection to the food from microwave ovens.

Hans Hertel, a Swiss researcher conducted his own study on the consequences of microwaving on food and how that mutant food from microwave cooking provides carcinogens and destroys the nutritional value.

In 1992, Swiss scientist Hans Hertel, assisted by Bernard Blanc, conducted a very thorough study on eight healthy human volunteers in their 20s and 30s. The study included raw milk and pasteurized milk and frozen and fresh vegetables. The foods were all consumed raw, cooked normally, and microwaved.

Before and after each meal, their blood was tested. Nutrient damage well beyond normal cooking was present in their blood after consuming microwave cooked food, with abnormalities paralleling the findings of earlier Russian studies.

Hertel concluded that technologically induced energy damage can be passed on to humans with microwaved food in addition to direct microwave emissions.

Decreased haemoglobin results in less oxygen for cells, substituting anaerobic glucose fermentation for cellular energy. Add this to the carcinogenic effects of microwave energy and you have your own cancer booster serving you daily.

How Microwave Ovens Directly Agitate and Shear Your Food’s Molecules

Normally cooked food is heated from the outside in. This is the normal function of thermal dynamics: heat transfers to cold. Although raw food advocates will rightfully point out the heat destroys nutrients, especially enzymes, normal cooking doesn’t create nearly as much damage as microwave cooking.

You may know that microwave radiation heats from the inside out. How is this accomplished?

[box]Hertel explains: Technically produced microwaves are based on the principle of alternating current. Atoms, molecules and cells hit by this hard electromagnetic radiation are forced to reverse polarity 1 to 100 billion times a second.

There are no atoms, molecules or cells of any organic system able to withstand such a violent, destructive power for any extended period of time, not even in the low energy range of milliwatts.

This is how microwave cooking heat is generated – friction from this violence in water molecules. Structures of molecules are torn apart, molecules are forcefully deformed (called structural isomerism) and thus become impaired in quality.[/box]

Hertel went on to explain that the sun’s microwaves are based on a pulsating direct current (DC). The sun’s type of microwave radiation doesn’t shear molecules because there is no rapid oscillation of polarity that replicates the AC powered microwave ovens.So it’s the water molecules inside of foods that are directly agitated first to produce frictional heat. Journalist Tom Valentine played devil’s advocate by posing this question: “What about microwaves from the sun? Are they harmful?”

Besides these thermal modifications, there is direct damage to cell walls and genes from microwaves. Gene altering technology, which includes the biotech food industry, alters genes by weakening them with microwaves. Hertel explained further, “… the cells are actually broken, thereby neutralizing the electrical potentials – the very life of the cells – between the outer and inner sides of the cell membranes.”

Hertel concludes that the food damaged from microwaving modifies the cellular activity in the human consumers of that food. One’s own tissue and serum cells are forced by the food’s damaged cells and radiolytic compounds to adapt into an emergency mode of energy production.

Thus the human cells are easily forced from normal cellular oxidation into the anaerobic energy production of glucose fermentation. This is a cancerous condition. 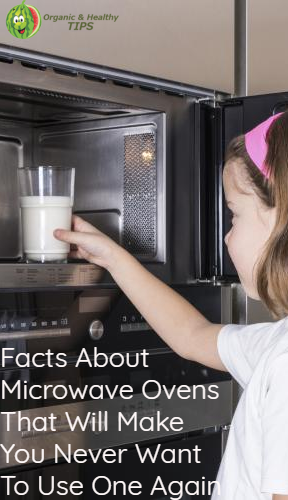 The Truth Shall Not Be Known

The two Swiss scientists published their findings and were quickly sued. An EU appliance trade organization persuaded the court to issue a gag order on their findings with vicious repercussions if violated.

Blanc was so intimidated he recanted, but Hertel stood his ground. Six years later in 1998, his appeal was honored by the court’s lifting the gag order and awarding Hans Hertel with 40,000 francs from the Swiss government.

Many scientists scoff at cellular damage and cancerous conditions from microwave cooking without analyzing these and other blood and food tests, or even conducting their own! Their denial is typical of sold out scientists.

From Russia With Love and Other Cracks in the Microwave Armor

Starting in 1957, Russia had been conducting tests on radar microwave emissions and microwave oven cooking. Their scientific conclusions resulted in emission restrictions for radar workers and a ban on microwave ovens in 1976.