Home Health Finally! The FDA Admits That Nearly Over 70% of U.S. Chickens Contain... 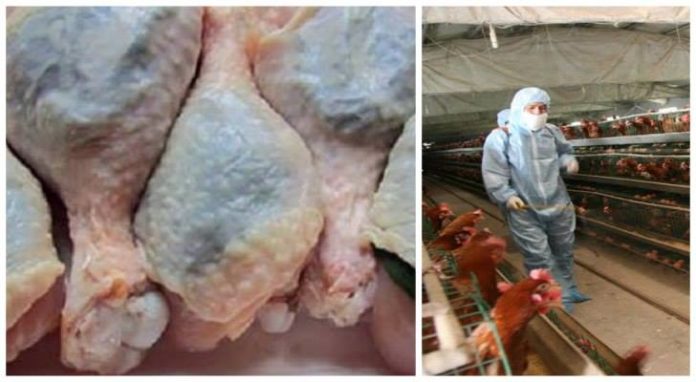 According to the Associated Press, the FDA finally confirmed that chickens given the drug do indeed test positive for inorganic arsenic.

After years of sweeping the issue under the rug, the FDA has now finally admitted that chicken meat sold in the USA contains arsenic, a cancer-causing toxic chemical that’s fatal in high doses. But the real story is where this arsenic comes from: It’s added to the chicken feed on purpose! As far back as 2006, the IATP’s report Playing Chicken: Avoiding Arsenic in your meat estimated that more than 70 percent of all U.S. chickens raised for meat are fed arsenic.  It is added to induce faster weight gain on less feed, and creating the perceived appearance of a healthy color in meat from chickens, turkeys and hogs.

The Food and Drug Administration (FDA) has found that nearly half of all chickens tested have absorbed inorganic arsenic, the most toxic form, in their liver. Based on that finding, the agency asked Pfizer to stop manufacturing Roxarsone, the arsenic-containing drug that’s added to feed to fatten chickens and give meat a bright pink hue.

But even as its arsenic-containing product is pulled off the shelves, the FDA continues its campaign of denial, claiming arsenic in chickens is at such a low level that it’s still safe to eat. This is even as the FDA says arsenic is a carcinogen, meaning it increases the risk of cancer. 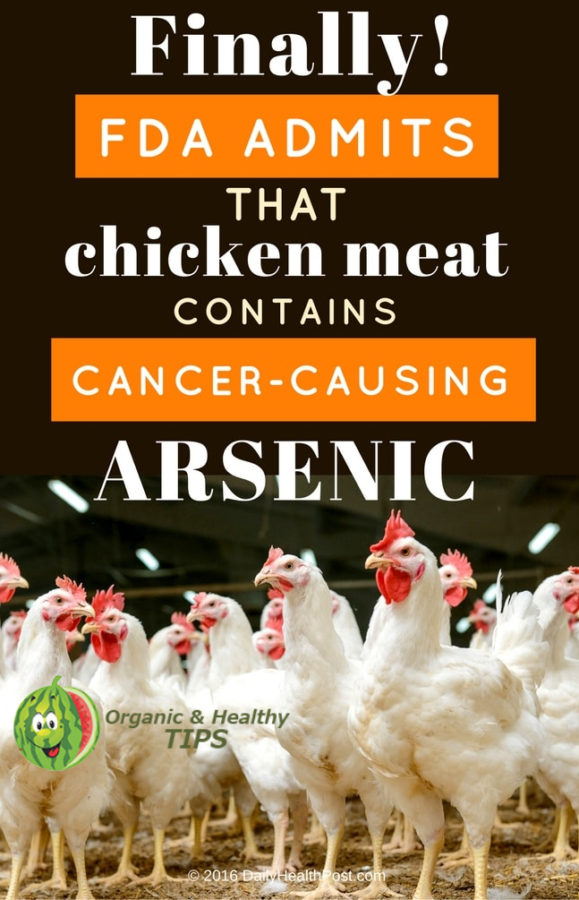 But what the industry is hiding from you is the fact that arsenic  is extremely toxic to human health. The University of South Carolina Department of Environmental Health Sciences warns that arsenic, along with lead and mercury, are known to produce horrible neurological effects on developing fetuses and young children. Arsenic in general is said to be about four times as poisonous as Mercury. The trivalent Arsenic As+3 is considered 60 times more toxic than the pentavalent As +5.

A  study published in the Journal of the American Medical Association found that individuals who consumed large quantities of arsenic-tinged rice, in the absence of other known arsenic exposure, showed significant cellular changes linked to cancer development.

What’s astonishing about all this is that the FDA tells consumers it’s safe to eat cancer-causing arsenic but it’s dangerous to drink elderberry juice!