Home Fitness How To Breathe While Running? -Breathing Techniques- 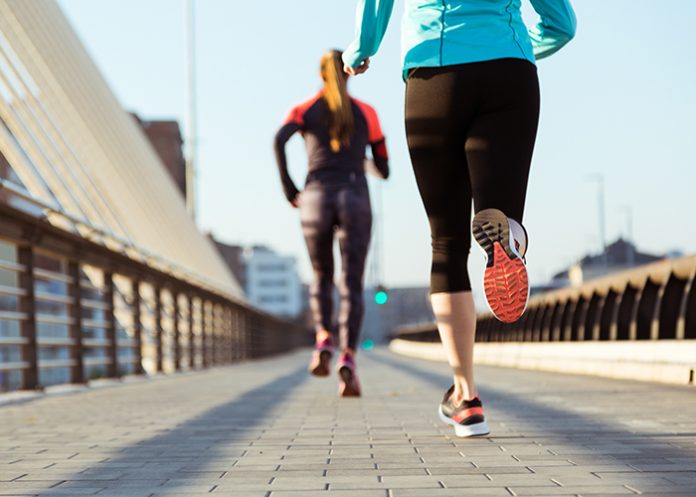 One of the more important aspects of running is the proper way of breathing. Running is not just about the legs and thighs and feet. It is also about the lungs and how to bring greater amounts of oxygen into the system efficiently.

Unnoticed by many, even by the athletes themselves sometimes, the nature of your breathing during your running affects your performance. Those runners who can correctly deliver oxygen into their system are stronger than their counterparts who struggle when they are running because they do not know the technique.

One training technique is to breathe slightly slower than your body requires when you are not running. This starves your system for oxygen and forces the heart to beat faster.

After a time, the body learns to compensate for the lack of oxygen so that when this technique is not in use, your body is already more efficient in processing your breathed air. This is demonstrated in swimming.

Swimmers do alternate breathing which is breathing every third stroke. This enables them to breathe on alternate sides without taking a breath with every stroke.

At the start, their body demands more oxygen, but will learn to adjust to the decrease in oxygen. In time, the body becomes more efficient in processing the limited air. Runners who swim often have excellent breathing efficiency. 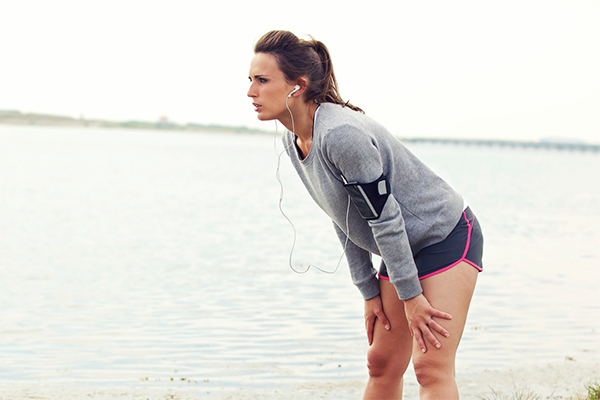 Sometimes, in long races (or even those short races) a runner may lose focus and is thrown out of his breathing rhythm. It could cause by the simple forgetting to concentrate on the breathing or its pattern.

One way to avoid this is for the runner to time his breathing in rhythm with his steps. This is like the style of the swimmers who breathe at every third stroke.

Runners who get to this state can keep running like a clock, with consistent pace and a great deal of efficiency. This concentration on breathing can also take his mind away from pain or soreness that may have developed at this stage and can cause him to quit the race.

One other technique that you can use when running is deep breathing. It has several benefits when correctly done and practiced.

It helps the runner to stay relaxed, which in turn, helps to decrease fatigue. The ability to relax decreases the chances of performance decline. 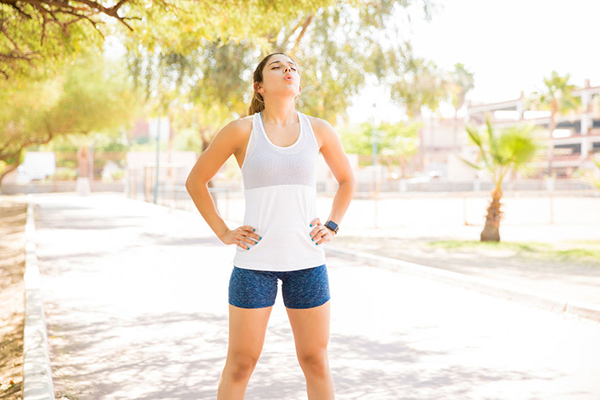 Runners who forgot to relax find themselves making inadvertent changes in form until they feel the resulting pain. Examples include clinching of fists too tightly and running with the shoulders too high to be effective. This type of poor form often results in muscle fatigue and soreness.

Deep breathing helps promote relaxation while running. This is done by taking a larger-than-normal breath and exhaling all the way out.

During the exhale part, you should concentrate on releasing all the tension in your arms by shaking them, opening up your hands and moving your head in circles.

This combination of activities will give you an easy way to remain relaxed during the run and does not even need to break stride to do all of them. This is true to all the other breathing techniques in running – no requirement of great efforts but just as effective.