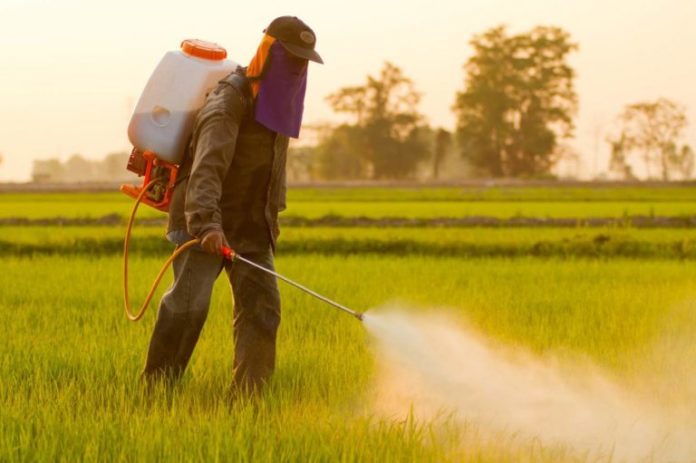 Recently, the state of California made history when they took down Monsanto in court and earned the right to slap the company’s best selling commercial project with cancer labels, in accordance with a 2015 declaration by the World Health Organization’s top cancer research body.

The International Agency for Research on Cancer found that Monsanto’s glyphosate, the active ingredient in Roundup, is a “probable human carcinogen” in spring of that year, and now millions of citizens, and countless farmers for that matter, are still wrestling with the implications.

Monsanto claims its chemicals are safe citing government approval, but skeptics continue to question them based on the biased nature of many of these “safety studies.”

At any rate, it’s important to know just how much of this stuff you’re consuming because it is a toxin that bioaccumulates in the tissues of humans and animals alike, and it is being sprayed directly onto nine of our favorite (and otherwise healthy for that matter) food crops.

Roundup is ubiquitous on farms and fields across the country, especially in light of the widespread adoption of Monsanto’s genetically engineered “Roundup Ready” crops, rising 15-fold since 1996 according to one oft-cited study from researcher Charles Benbrook.

Not only are huge clouds of Roundup being sprayed across U.S. farmland, but farmers have found another use for it that speeds up productivity but has drastic impacts on our health: the spraying of Roundup on crops pre-harvest, known as dessication.

This process kills the crops so that they will dry faster, lessening the need for grain dryers. It also helps to synchronize the ripening of less mature plants with others so that the harvest is more consistent according to the Facebook page GMO Free USA.

Unfortunately, consumers pay a major price for the convenience of this process as some of our favorite foods are now being drenched in glyphosate. 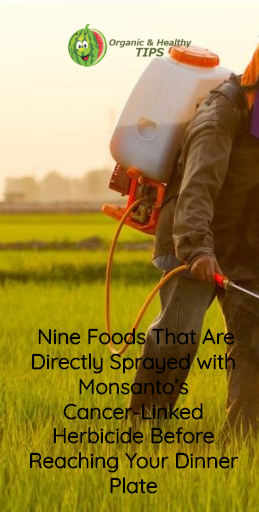 According to this article from GMO Free USA, the nine biggest foods we need to watch out for are the following:

1. Wheat- Not only is wheat made with mutagenesis, a process of treating seeds with radiation (even used in organics), it also may be heavily sprayed before harvest.

2. Barley- An otherwise healthy food, make sure you know your supplier before buying.

3. Sugar Cane- A nice alternative to GMO beet sugar, but unfortunately sugar cane is one of the most heavily sprayed crops out there.

4. Oats- Another healthy food that may contain large doses of glyphosate.

5. Lentils- It’s important to buy organic lentils, as they are a cheap staple food.

6. Peas- High in protein, these also may be high in glyphosate.

7. Sunflowers- Another crop that may be grown with mutated seeds as well.

8. Potatoes- One of the most heavily sprayed crops, some varieties are now GMO thanks to the Simplot company (in small quantities)

9. Cantaloupe- Thankfully these have a hard outer shell, but may be covered in glyphosate. Buy organic or grow your own.

Why These Crops are So Important to Avoid

According to Benbrook, as noted in this article from The Organic & Non-GMO Report, this process accounts for “over 50 percent of dietary exposure” to glyphosate, even though it represents only a small portion of actual glyphosate use.

With that in mind, it’s important to take steps to reduce your exposure. Start by knowing your farmer (or food companies) and ask plenty of questions, as there is limited data and tracking on which farmers use this process and which do not.

Buying organic is still the best way to avoid as much glyphosate as possible, although it is possible that a small number of farmers may still use this process even after growing organic crops.

If you don’t always have access to a trusted organic grower, you may want to consider avoiding these 9 crops whenever possible in order to keep your glyphosate exposure low.

And be sure to tell your friends, because no farmer should sacrifice the health of his or her customers by spraying poison simply out of a need for convenience.