Being diagnosed with glioblastoma multiforme, a type of brain tumor, is considered a death sentence by modern medicine.

Despite a decades-long war on cancer, and the “most advanced” treatments known to 21st century oncologists, people who develop this aggressive, fast-growing cancer are given a prognosis of about 15 months to live — if they’re lucky.

Aggressive treatment, including surgery, radiation and chemotherapy, is often started, even though oncologists know it won’t cure the disease. If you ever find yourself in this type of nightmarish scenario, you can imagine the desperation you would feel to find something, anything, that might offer hope.

Most people turn to their oncologists or neurosurgeons with such requests for possible experimental or outside-the-box treatments, but you’re unlikely to receive any help that deviates from the hospital’s standard protocol.

The film interviews a number of oncologists that carefully describe their predicament. But the problem is even larger than this. Modern cancer care is not set up to treat you, an individual. Their primary goal is to validate experimental therapies for future cancer patients many years down the road. 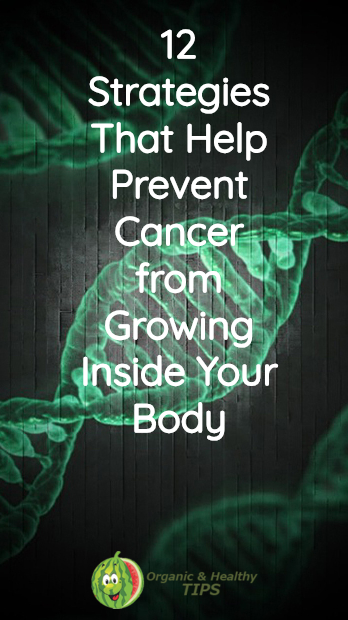 As Albert Einstein said, the definition of insanity is doing the same thing over and over again and expecting different results. This describes modern cancer treatment in a nutshell.

How One Man Survived Terminal Cancer

Ben Williams, Ph.D., professor emeritus of Experimental Psychology at the University of California, San Diego, shouldn’t be here today. He should be one of the statistics — 1 of the more than 15,000 people who die from glioblastoma multiforme in the U.S. every year.1

Yet, he’s alive — 19 years after his initial glioblastoma multiforme diagnosis. His survival was brushed off as a rare fluke by his doctors, but Williams believes otherwise.

It’s becoming increasingly clear that in order to outsmart cancer, you’ve got to attack it from multiple angles, especially in the case of complex brain cancer. And that’s what Williams did.

He described a mushroom extract that’s used routinely to treat cancer in Japan. It has zero toxicity, but it’s not even mentioned in the U.S.

He did his own research, finding out about the potential to use existing non-cancer medications off-label to treat the deadly disease. Once a patent expires on a drug, its potential to rake in major profits plummets. As such, drug companies typically abandon them in favor of newer, more profitable pursuits.

When Modern Medicine Fails Them, Cancer Patients Turn to Self-Medication and the Black Market

In order to survive, Williams turned to self-medicating, a dangerous prospect by any account but, again, when your life is at stake you’re willing to take the risk. And his story is not unique. Many have traveled to other countries, forged prescriptions, feigned illnesses to get access to different medications and even traded medications and nutraceuticals on the “black market” in order to have even a chance at survival.

In Williams’ case, his daily cocktail of off-label medications and natural products worked. In just six months, his brain tumor had disappeared and it hasn’t been back since.

There are more than a handful of others who have defied odds and lived long term with glioblastoma multiforme, and they’ve taken matters into their own hands too. Williams now spends the bulk of his time trying to help others with terminal cancer, and he makes his book, which he updates annually, free to cancer patients in need.

Nature is an invaluable resource for fighting cancer, yet natural products, even those that have been intensely studied, are also left out of cancer patients’ treatment plans. Curcumin — one of the most well-studied bioactive ingredients in turmeric — is one glaring example.

It exhibits over 150 potentially therapeutic activities, including anti-cancer properties.

As noted by Dr. William LaValley — a leading natural medicine cancer physician whom I’ve previously interviewed on this topic — curcumin is unique in that it appears to be universally useful for just about every type of cancer.

Superficially, this appears unusual considering the fact that cancer consists of a wide variety of different nuclear genetic defects. One reason for this universal anti-cancer proclivity is curcumin’s ability to decrease the primary mitochondrial dysfunction that is likely one of the foundational causes of cancer. Once it gets into a cell, it also affects more than 100 different molecular pathways.

And, as explained by LaValley, whether the curcumin molecule causes an increase in activity of a particular molecular target or decrease/inhibition of activity, studies repeatedly show that the end result is a potent anti-cancer activity. Moreover, curcumin is virtually non-toxic and does not adversely affect healthy cells, suggesting it selectively  targets cancer cells — all of which are clear benefits in cancer treatment.

Research has even shown that it works synergistically with certain chemotherapy drugs, enhancing the elimination of cancer cells. If you have cancer, curcumin is one substance you should be taking, but your oncologist won’t recommend it.

To Survive Cancer, Many Must Defy Their Doctors

Should you bring up the fact that you are using approaches to fight cancer that is outside of your oncologist’s realm of experience — things like supplements, medical marijuana, herbal preparations, and more — you might be scolded, berated, threatened or even fired from the practice.

Williams never told his oncologists about his self-prescribed treatment; he knew it would fall on deaf ears. The cancer industry should be learning from the people who have beaten the odds and survived terminal cancer — studying their methods and trying to apply them to others — but instead, they’re ignored.

As noted in the featured film, even though the protocol uses mainstream medications, he’s put his reputation on the line to step outside the conventional cancer treatment box.