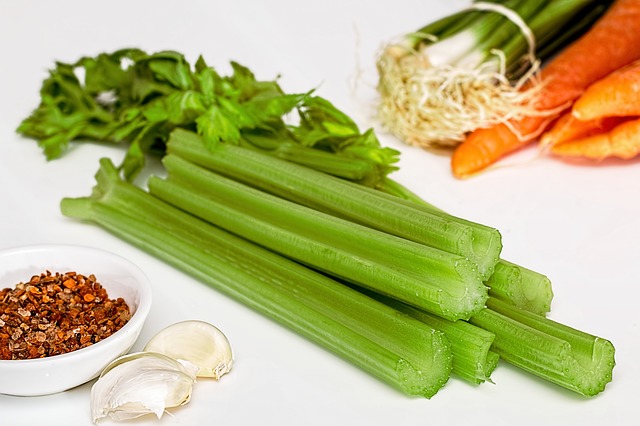 The green leaf of the celery should, as well as the rosehip, as often as possible be used not only because they contain a lot of sodium, but because they contain natural insulin. The natural insulin helps regulate blood sugar levels. Celery contains four times as much organic sodium as calcium. Because excessive consumption of concentrated starch feeds the concentration of inorganic calcium in the body, it is very useful to eat a lot of celery every day. Organic sodium in celery helps keep inorganic calcium in a dissolved state. Until at least some of it is removed from the body before it enormously grows and causes problems. In addition, the high percentage of magnesium and iron in celery is a very useful food for blood cells.

In summer when it is too hot, I practice every day to drink half a liter of fresh raw celery juice.

I knew people with nervous problems and insomnia who drank celery juice and solved their problems in a magical way. They were calm and relaxed when they only had one or two glasses of celery juice afternoon or evening and could sleep peacefully.

Some people discovered the sobering character of raw celery juice (as well as in its blend of carrot juice, parsley, and spinach). And started its factory production in order to sell it as a remedy for a hangover.

If we allow the root of the celery to be fully developed, it becomes a valuable ingredient in salads. And you can use it grated or ground. The water content in the root of celery is 84%. The carbohydrate content is four times higher in the root than in the leaf of celery. And the potassium content is less than 50%. Compared to the leaves, only traces of sodium are present at the root. And the iron and silicon content is about 50% lower in the root.