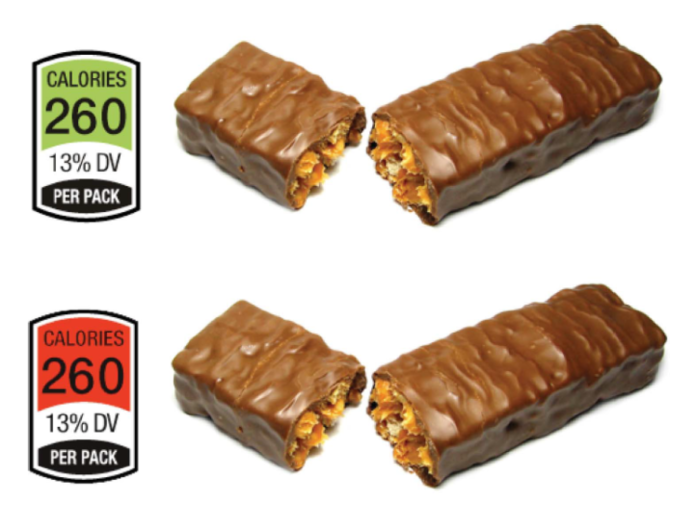 Enhanced ColorLog Coding (ENL) labeling system provides for the introduction of Mondelēz International, Nestlé, PepsiCo, The Coca-Cola Company and Unilever . For the moment, this will be tested in selected countries of the European Union. The results of this change will help the EU process to assess the possibilities for harmonized labeling in Europe. It was launched on 23 April 2018 at a joint EU meeting on nutrition labeling on packaging.

The ENL Scheme is a voluntary initiative whose primary purpose is to support the choice of healthier foods by providing a simple, easy to understand and meaningful food and drink information. It builds on the monochrome scheme of a recommended daily dietary supplement that already exists in the European Union and is known to over 500 million consumers. The difference is that it adds colors to the values that reflect the nutritional content of the actual portion consumed.

The new food labels will provide consumers with more detailed information on the content of the food they eat. The ENL scheme is designed to comply with EU law and be applicable throughout the Union. It was established in 2017, during which time the companies consulted with scientific experts and nutritionists, non-governmental organizations, representatives of the member states and other stakeholders. Consumer perceptions have been their main reference in creating new labels.

Color labels have the potential to increase the number of people making healthy choices by 18%, resulting in a 4% decrease in calorie intake. This shows a survey of the ENL among 3500 users in 7 EU countries. According to its results, there is a clear preference for a color label relative to a monochrome with a recommended daily intake. Also, 8 out of 10 users are of the opinion that the ENL label is easier to understand and helps them to judge the food or beverage foods because it allows them to make informed choices at a glance.

Research data also shows that European consumers like more “per portion” labeling than “100g” when it comes to comparing nutrient content of different products using a color coded label.

Each company in the scheme can communicate separately the tests in selected EU Member States as well as collect and share test completion feedback in line with EU competition law. It is planned that the new ENL label will appear on the shelves until the end of 2018.