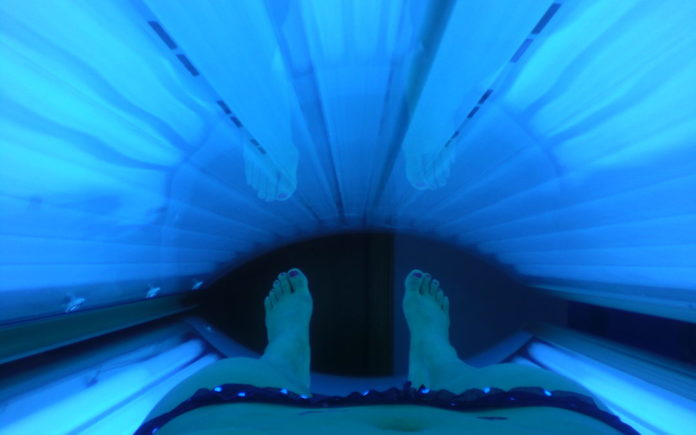 That prolonged exposure to direct sunlight is harmful to the skin has become increasingly clear in recent years. Negative data continue to be collected about the effect of the sun bath, but it is still preferred as a very convenient means of tanning all year round. The mass influx of solariums is an occasion for experts to question the health of modern currents in beauty procedures .

They even point to several hidden effects of solariums, which are rarely mentioned but must be taken into account.

Indoor tanning is much more dangerous than in the open.
One of the advantages of sunbeds is the possibility of accurate dosing of ultraviolet rays. It is true that the power of ultraviolet radiation of the sun is constantly changing, and we can not judge what radiation we will get outdoors, but in this respect the solarium has an important and dangerous disadvantage. It is estimated that the ultraviolet irradiation in the solarium carries a large amount of UVA rays that most strongly and deeply damage the skin. According to experts, people who often go to a solarium are 12 times more exposed to UVA rays than those who collect natural tan in the open. In the long run, this brings about a 75% higher risk of malignancy on the skin.

Tanorexia – the solarium is addicted
Among the lovers of dark tan in recent years is the development of a specific obsession, termed as tenorexia , or obsession with dark skin. In her captivity are mainly the solarium attendants, who are increasingly difficult to get satisfaction with the intensity of their tan. This sometimes increases the risk of irreparable damage to the skin, and the additional risk comes from the fact that there is no control over the frequency of a visit to the solarium.

The tan does not protect against skin burning
A widespread perception among people with lighter skin is that visiting a solarium before a long break at sea can protect them from excessive burning of the skin . The truth is that the rapidly obtained artificial tan does not provide additional protection for the skin when exposed to sunlight. The risk of burning remains the same, and damage to the solarium can not be neutralized, on the contrary – exposure to the sun can only make them worse.

It is clear that excessive darkening of the skin, whether in the open air under the sun or indoors beneath the solarium lamp, brings more harm than benefits. The condition for the use of quality sunscreen products , whose role in the solarium is often more important than in the open, is a must.