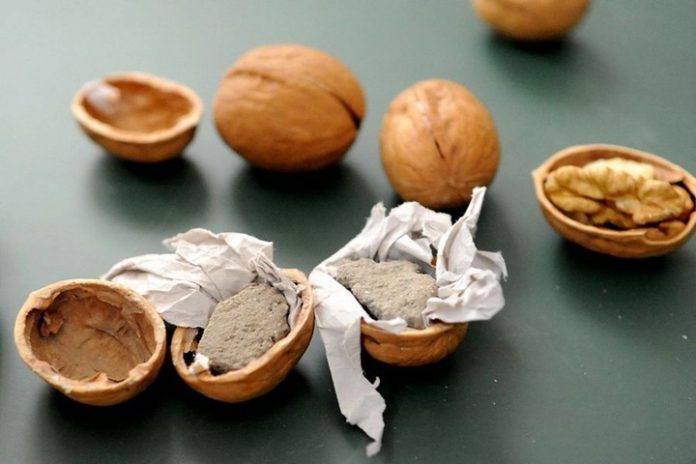 A lot of parts in China have actually been known for the fine cuisine, but its food industry has taken a lot of heat lately for its troubling lack of standards (and for good reason).

People everywhere are trying to avoid food imports made in China, and it’s easy to understand why.

For years, China has been creative in making outrageously-toxic fake products and food items. While there has been no evidence that the vast majority of these products is being sold in the United States, sites such as eBay and some vendors on Amazon.com have been seen selling food that sometimes openly, sometimes discreetly are being made and often shipped straight from the country.

The list of the products listed below is just ten examples of illegal counterfeit food product from China, that may make you think twice about purchasing food from online sources that ship from across the ocean. Some Chinese websites have revealed some instructional videos showing how to make $70 a day by producing and selling fake eggs. The chemicals that are required are “Alginic Acid, Potassium Alum, Gelatin, Calcium Chloride, water and artificial color.” The eggshells are made from Calcium Carbonate. Eating these eggs may cause memory-loss and dementia. In 2012 a man has bought shelled walnuts in Zhengzhou city, China and he founfd out there was broken concrete pieces inside. The concrete was wrapped in paper to prevent it from making a suspicious noise when the nut was shaken. The vendor who sold the walnuts was trying to gain more profit by selling these fake nuts that were much heavier than the real thing.

3. Making beef out of pork Because pork is not so much expensive in China, a lot of restaurants have sold it instead of beef – but not before they performed some chemistry on it. What they use are a beef extract and a glazing agent to “marinate” the meat in for 90 minutes. Doctors have advised people to stay away from this fake product as its long-term use may cause “slow poisoning, deformity, and even cancer.” In 2005, fake peas have been found in Hunan province, China. According to a local newspaper, the peas were still hard after boiling, yet turned the water unnatural green color. The fake peas were reported to be very profitable, and one of the illegal workshop was producing them for three years before it was investigated.The fake peas were created with snow peas and soy beans, added with green dye and sodium metabisulfite (used as bleach and preservative). This dye is forbidden to use on produce because it may cause cancer, as well as obstruct the body’s ability to absorb calcium.

“Such toxic artificial green peas have been found in Hunan and Guangdong before, but it looks like the news didn’t catch enough attention from the officials,” said Sang Liwei, a Beijing-based food safety expert.

In China, officials only label a case a “food safety incident” when at least one person dies as the result of it, according to the source.

“In cases like this, where the danger only lies in possible long-term diseases caused by the misuse of additives, it’s not surprising to see lagged handlings,” said Sang Liwei.

In 2004, 47 people have been accused of making the fake instant baby formula that has come to dozens of children dying in Fuyang, China, reported CBS News. The formula contained very few nutrients, was likely made of chalk, and made the children develop a “big head disease,” which made their heads swell and the rest of their bodies slowly deteriorate.

Industrial salt has been labeled “unfit for human consumption.” Yet it is much cheaper, which is why 788 tons of it was sold by at least 12 people over the course of 13 years as table salt.  The industrial salt can cause mental and physical issues, such as hypothyroid problems and reproductive system disorders.

A market vendor in China’s Guangdong Province collected local mud and sold it as black pepper, while their white pepper was mainly made out of flour. His excuse for justifying selling these fake items was that they “would not kill people.”

Considering that fake foods in China do not get investigated until someone dies, how many more items are sold made of fake items and chemicals because they “would not kill people.” At least, not immediately.

A facility in Zhongshan city, China made at least 5.5 tons of fake noodles. In 2011, people started complaining that what were supposed to be sweet potato noodles tasted strange. Further investigation led to a revelation that the noodles were composed of corn with an industrial ink used to give them a purple color, and paraffin wax. Ginseng root is a popular medicinal plant, used as a tonic in China for over 3,000 years. According to BON TV, prices for ginseng have increased rapidly, pushing many ginseng retailers to figure out a way to keep making profit. Their solution was to boil the roots in sugar, which makes them much heavier and therefore more profitable.

Chinese medicine expert from the National Institute for Food and Drug Control Wei Feng said this is problematic, not only because the retailers are ripping-off the customers, but also because boiling ginseng in sugar might strip it from most of its medicinal values. The test showed that while natural ginseng has 20% content of sugar, this fake one is up to 70% sugar. “It can do little to improve people’s health,” Wei Feng said.

Huge amounts of fake rice has been seized in China, and it is believed that much of it is produced from potatoes combined with a synthetic resin. Just like the peas, the rice stayed hard after boiling. Also like the peas, its long-term consumption could cause cancer.