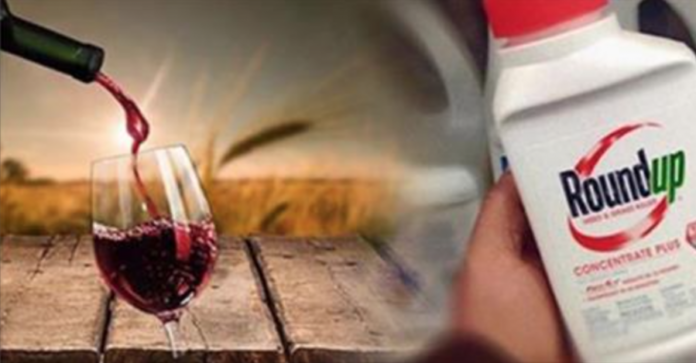 Glyphosate, the active ingredient in Monsanto’s Roundup herbicide, has been the focus of increasing scrutiny after the International Agency for Research on Cancer (IARC) determined it to be a probable human carcinogen.

Yet, glyphosate is not the only ingredient in Roundup and other glyphosate-based products, nor is it the only potentially toxic ingredient.

The formulation includes a number of so-called inert ingredients as well, and these have largely evaded scrutiny because they were concealed as proprietary “trade secrets.”

Monsanto is now facing multiple lawsuits from people who developed non-Hodgkin lymphoma after using Roundup. The suits allege that glyphosate, along with the product’s inert ingredients are to blame, and in fact that the mixture of chemicals together is far more dangerous than glyphosate alone.

According to the Intercept, one of the lawsuits states, “Monsanto ‘knew or should have known that Roundup is more toxic than glyphosate alone and that safety studies of Roundup, Roundup’s adjuvants and ‘inert’ ingredients’ were necessary.”

Inert Ingredients in Glyphosate-Based Herbicides Are Toxic to Living Cells

Most studies looking into glyphosate toxicity have only studied glyphosate and its toxic breakdown product, aminomethylphosphonic acid (AMPA), even though the presence of “inactive” compounds are likely amplifying glyphosate’s toxic effects.

A 2012 study revealed that ingredients such as solvents, preservatives, surfactants and other added substances are anything but “inactive.” They can, and oftentimes do, contribute to a product’s toxicity in a synergistic manner — even if they’re non-toxic in isolation.

Certain adjuvants in glyphosate-based herbicides were also found to be “active principles of human cell toxicity,” adding to the hazards inherent with glyphosate.

It’s well worth noting that, according to the researchers, this cell damage and/or cell death can occur at the residual levels found on Roundup-treated crops, as well as lawns and gardens where Roundup is applied for weed control.2 As written in the International Journal of Environmental Research and Public Health:3 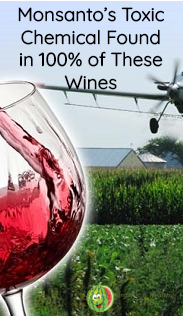 … It was demonstrated for the first time that endocrine disruption by GBH could not only be due to the declared active ingredient but also to co-formulants.

These results could explain numerous in vivo results with GBHs not seen with G [glyphosate] alone; moreover, they challenge the relevance of the acceptable daily intake (ADI) value for GBHs exposures, currently calculated from toxicity tests of the declared active ingredient alone.”

POEA (polyethoxylated tallow amine), a major adjuvant surfactant in Roundup, has been shown to be cytotoxic (toxic to cells) at doses far lower than glyphosate itself. Unfortunately, most regulatory bodies regard POEA as inert, requiring no risk assessment, even as research suggests otherwise.

The International Journal of Environmental Research and Public Health study found POEA was between 1,200 and 2,000 times more toxic than glyphosate alone, which highlights the problems with letting so-called inert ingredients escape regulatory scrutiny.4 In 2014, the Institute of Science in Society (ISIS) reported:5

“The major adjuvant POEA in glyphosate Roundup formulations is by far the most cytotoxic for human cells, ahead of glyphosate and its metabolite. It also amplifies the toxic effects of glyphosate …

It is very likely that the primary target of Roundup, especially its POEA surfactant, is the mitochondria, which play a key role in the development of sperm cells and sperm motility. In addition, male infertility could arise from ROS damages to mitochondrial DNA.”

Germany removed POEA-containing herbicides from the market in 2014 because a forestry worker developed inflammation of the lungs after exposure.

In the U.S., the Food and Drug Administration (FDA) has announced plans to monitor food for glyphosate residue but not for POEA, and the U.S. Environmental Protection Agency (EPA) won’t focus on POEA either, simply because it’s not an official active ingredient.

Monsanto must be well aware of the problems, as they’re reportedly preparing to transition to other types of surfactants.6 The fact is, research is mounting that, when it comes to Roundup, the sum of its parts may be even more toxic than glyphosate alone. For instance:

• In 2002 and 2004, studies showed glyphosate-containing herbicides were more likely to cause changes linked to cancer (specifically, cell-cycle dysregulation) than glyphosate alone8,9

• In 2005, research showed Roundup to be more toxic to rats’ livers than glyphosate alone10