Home Herbs Organic Farmers are Losing Money for One Surprising Reason. Here’s How You... 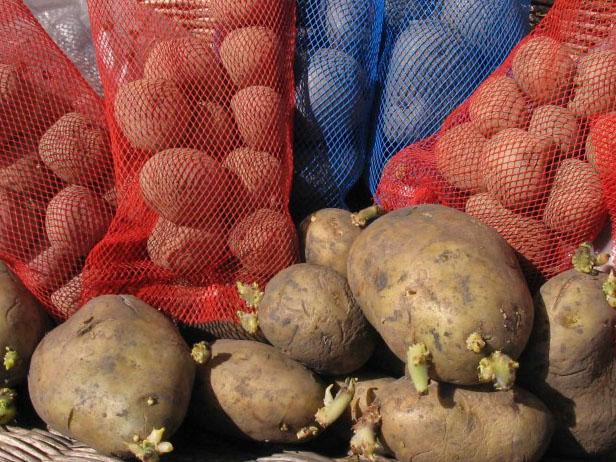 The organic industry has grown by leaps and bounds in recent years, but many farmers are still feeling things out as they wrestle with the challenges of growing a cleaner food crop.

Among the challenges organic farmers face include pesticide drift from neighboring farms, the looming specter of GMO cross contamination, and tough standards from import markets over the aforementioned question of contamination.

One of the biggest challenges comes in the form of the aesthetic question: organic buyers are picky about the way their food looks according to one prominent organic farmer, and it’s been hurting profits greatly over time.

That’s the bad news, but the good news is that you have the power to support these farmers by making one simple switch.

Organic Farmers Suffering Due to Rejection of “Ugly Produce:” Farmer

According to Ed Staunton, owner of Staunton Organic Farms in California, many customers are rejecting organic produce because of the way it looks, which is hurting the bottom lines of farmers.

“People want organic produce but they want it to look better or as good as conventional produce,” he said according to Capital Press’ website. “But we don’t have the tools to have them look as good.”

Sprouting and discoloration in organic potatoes are among the biggest problems Staunton has noticed. He added that conventional farmers have more tools at their disposal to combat these issues (namely, more toxic chemicals).

Organic food buyers are also said to be pickier than conventional buyers according to Scott Cheyne, an assistant manager of irrigation in Klamath County, Oregon.

“For whatever reason, the organic buyers are more picky,” Cheyne said, adding that organic farmers are being forced to “cull” many of their products because of this one problem.

Still, it’s worth noting that many people are instead choosing to embrace the “ugly” produce lifestyle, and you can often find them at local farmer’s markets. Just because a potato has a few sprouts or extra dirt on it, doesn’t necessarily mean it’s of lower quality. In fact, it may have more nutrition in the long run.

While organic farmers are forced to deal with picky customers, a counter-culture of ugly produce lovers has popped up for people who prefer quality over looks.

And in places like Denmark and France, “ugly produce” grocery stores have popped up and been well-received by shoppers.A food delivery surface called Imperfect Produce has recently gained traction, distributing lesser-regarded produce to people at a discounted price of up to 30-50% according to its website.

Unfortunately here in the U.S., we still haven’t gotten the message.

Roughly 50 percent of all produce is being thrown away, amounting to about $160 billion in food waste.

The hope among organic farmers is that their customers begin to see the value in every vegetable grown, not just those that fit their ideal vision of what a potato or an apple should look like.

Considering how hard these farmers work, it’s certainly a cause worth supporting, especially with the threat of Monsanto’s new $125 million GMO project looming.

For more info, watch the video below: